Isabelle Lemberger–Cooper is a research midwife from Epsom and St Helier NHS Trust, an RCM Steward, and is currently undertaking a volunteer placement as part of the RCM / Bangladesh Midwifery Society Twinning Project.

I have been recruited as a volunteer to support the twinning project with the Bangladesh Midwifery Society. I arrived here on the 28th of February for five weeks.

The project is based on the concept of twinning, an approach endorsed by the ICM that is based on mutually beneficial exchange. Whilst I am here to share my knowledge and support the BMS, I am also learning a great deal about myself as a person and a midwife. The project has already shifted my view of women’s health in these three short weeks! 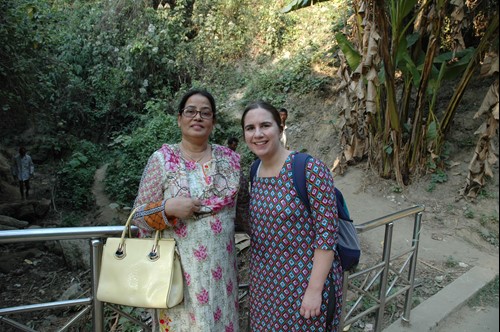 I have been welcomed so wonderfully by the BMS team. It is made up of strong female figureheads who are true advocates for the midwifery profession.

My first encounter with midwifery in Bangladesh began with my arrival to Dhaka airport. Feeling weary after a long journey, I was questioned by the immigration team regarding what exactly my profession is. “What is a midwife?” I was asked. This reflects the attitudes of many in Bangladesh, as most of the public are unfamiliar with the role.

Although nurses have been working as midwives for centuries, midwifery has only recently become recognised as a profession. Raising awareness about the vital role of midwives is a key part of the project and the team have been working hard to get the word out there, so that eventually every woman will have a midwife, and importantly, trust their midwife. 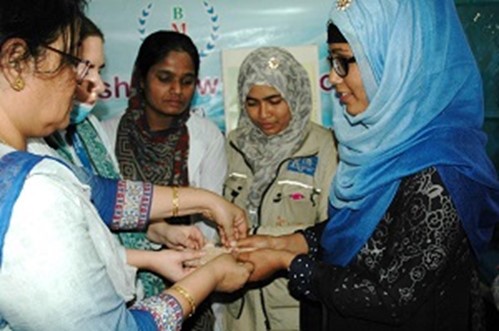 Exhausted at 6am in Dhaka airport, this felt to me to be an enormous task but on reflection, and having met with the public and stakeholders, it now seems less daunting, aided by the positive feedback and desire for Bangladeshi women and babies to have a positive antenatal and postnatal experience.

The project is funded by UNFPA and managed by the brilliant RCM Global team which is small but bursting with compassion and belief in the project, which for me has been essential. The project aims to strengthen the BMS to advocate for midwifery as a profession as part of a wider programme of midwifery strengthening activities. My role as a volunteer is to support BMS to implement the activities for this year, which focus on organisational capacity development.

As an RCM member, I feel really strongly about the importance of the RCM taking part in global work to support the fundamental right for women to be able to give birth safely no matter where they are from or how much money they have, which is why I was so keen to be involved.

One of my first major activities was to accompany the BMS to Cox's Bazar to visit a Myanmar Rohingya Refugee Camp. Cox's Bazar is a popular destination for tourists and is home to the longest unbroken sea beach in the world. Beyond the tourism however, lies a sad reality for many Rohingya refugees who have fled violence and persecution in Myanmar. Recognising the need to support midwives working in this difficult context, one of the project's aims is to build the capacity of both midwives and BMS to respond to issues of gender and emergencies. 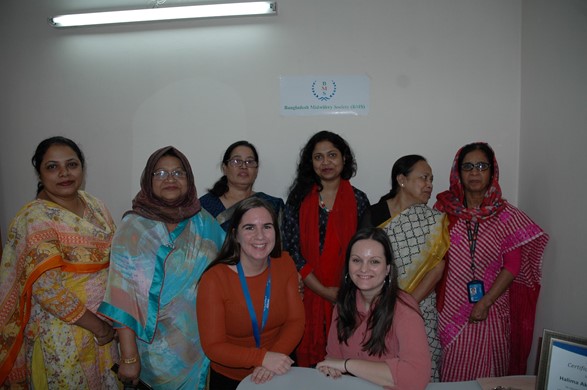 The camp is huge and the refugee crisis is said to be the fastest growing in the world. According to Amnesty International, hundreds of thousands of people are currently seeking refuge, among those are women and girls who have been raped and abused. The need for aid to support these vulnerable women and families is overwhelming.

We met with several midwives working with pregnant, labouring and postnatal women in the camp who showed us their facilities and discussed their experiences. BMS also delivered a teaching session to support the existing knowledge of the young midwives working in the camp, who I myself was hugely inspired by. They showed integrity and great warmth, junior in their careers yet fierce in the face of such deprivation and adversity. I look to them as future leaders of the BMS!

We also discussed the upcoming election for the BMS and how important it is for midwives working in Bangladesh to become members, so that we can have a strong and influential midwifery society. I have gained so much working in the twinning project so far and Cox’s Bazar has been a prime example of the advocacy and support BMS can provide to its members.