The awards ceremony was set up by Queen’s Midwifery Society providing those in attendance with a fun time, goodie bags, buffet all in a fantastic venue. In attendance were Queen's University staff and and RCM branches.  The RCM Belfast Branch sponsored one of the awards and the midwifery society is affiliated to the branch.

At the awards, Queen’s Nursing and Midwifery department announced its own new award for midwifery student, with further details to follow and winner will be announced with other Queen’s University awards in March 2023.

Karen Murray, Director Northern Ireland, gave an opening address to open these awards in the prestigious venue of the Great Hall in Queen’s University, Belfast.

The Chair of Belfast branch was there to present the ‘Student of the Year’ award, in partnership with RCM Belfast branch, to the winner Erin Briercliffe.

In the closing address, Dr Janine Stockdale announced that Queen’s University School of Nursing & Midwifery are creating a new award in memory of student midwife Tammy Morrow who died aged 30 and she had nearly completed her midwifery training. This will be awarded in March 2023 with the other university prizes. 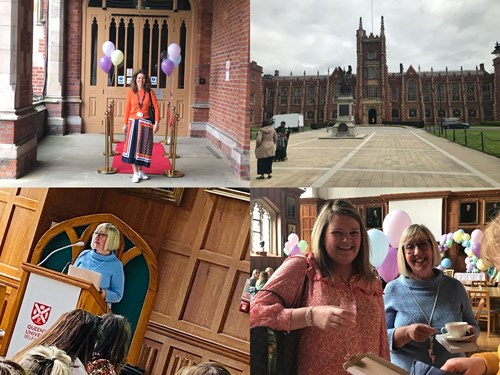 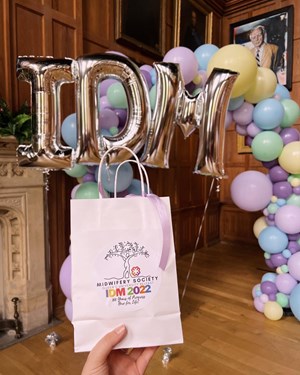