In its third year, the RCM fellowship has been awarded to six high- achieving midwives. We speak to them.

Fellowships are awarded by the RCM to individuals who have provided exceptional leadership and shown excellence in either practice, education or research. In 2018, six midwives have been appointed fellows.

This year has been a big one for Laura – she gained her doctorate in health research, alongside her day job and achieving a fellowship.

Her academic career – which began in 2009 following seven years as a nurse and nine years as a midwife – often focuses on complex social issues and perinatal mental health.

Laura has a particular interest in the experiences of pregnant women in prison. She works with charity Birth Companions and helped write the Birth charter for women in prisons in England and Wales.

Describing herself as resilient, Laura thrives on bouncing back quickly and overcoming challenges. Her research has demonstrated the huge scope to improve policy, care and outcomes for mother and child, particularly marginalised women. Outside work, Laura spends time with her husband and three sons, enjoying the theatre and cinema. 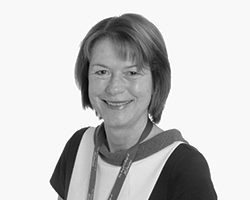 Having moved to Scotland from a Caribbean maternity department, Marion was among the first cohort of midwives in Edinburgh in 1983 to receive a qualification that was recognised in both Europe and the Commonwealth.

Since then she has practised as a midwife internationally in Australia and the Netherlands, among other countries.

In 2012 Marion completed a master’s degree in women’s health, in which she studied midwives’ experience of home-birth transfers. This experience, and working for the last five years as a community midwifery manager at BSUH, has helped her improve their home-birth service, which won the RCM EuroKing Award for Better Births in 2016. She’s also worked on the launch of the first midwifery hub for antenatal and postnatal care in the South East. As an RCM fellow she hopes to influence policy-makers to set realistic targets.

Most proud of her ‘terrific children’, Marion credits her very supportive husband helping her every step of the way.

After training as a midwife, Susan practised mainly in the hospital. Realising how much she enjoyed teaching, she undertook a PGCEA in 1991 and combined working in clinical practice with teaching.

In 2002 she began working for the newly-formed NMC as a midwifery advisor and was instrumental in revising the pre-registration midwifery standards. She has also completed a doctorate and written a book, Core skills for caring and assessment under the midwifery practice guide, all while working full time and helping raise two children with her partner.

She hopes being an RCM fellow will allow her to give something back by supporting others and raising the profile of midwifery education.

A qualified midwife working in hospital-based services since 1983, Annette learnt how to scan in 1992 and was involved in establishing and running the Fetal Assessment Unit at Maidstone Hospital. In 1996 she began a one-year research post at St Thomas’ Hospital in London and ever since has worked in research in many single- and multi-centre clinical trials in the UK and around the world.

She acknowledges the challenges she has faced by stepping away from ‘traditional midwifery’ into research, and has dealt with them by nurturing relationships with other professionals to ensure the value of midwifery input into clinical trials is clear.

A gregarious, determined and passionate person, in her own words, Annette is a trustee of Maternity Worldwide and enjoys her spare time with her family and walking her cocker spaniel, Dotty. 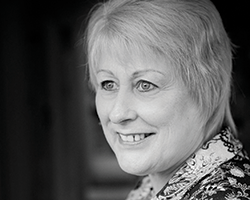 She became a midwife in the 1970s, based in a school of midwifery that eventually became part of the University of Greenwich. Since then she has developed a BSc degree in complementary therapies at the university, which she ran for 14 years, and during which she set up a specialist complementary therapies antenatal teaching clinic and treated almost 6000 women with various discomforts in pregnancy, birth and postnatally.

A keen reader and traveller, Denise has ambitions to extend her teaching into Africa and the US.

Jayne began teaching students as a newly qualified midwife and undertook a PGCEA while working as a midwifery sister at St Thomas’ Hospital in London. Since then she’s worked in higher education and was awarded a University of Nottingham Lord Dearing award for outstanding contribution to the development of teaching and student learning.

First and foremost an educationalist, Jayne, who has a PhD, has published widely and edited a number of key midwifery texts, including Myles textbook for midwives and Myles professional studies for midwifery education and practice; concepts and challenges, which will be published in 2019.

Describing herself as ‘determined, persistent and a perfectionist who is always willing to nurture and support others in reaching their full potential’, Jayne hopes her experience will help the RCM influence and promote its education strategy at all levels of membership.

Away from work, Jayne is a keen driver and national observer for the Institute of Advanced Motorists.

How do I apply?

Applications for 2019 have now closed.