The birth of a society

Earlier this year a group of passionate obstetricians set up the British Intrapartum Care Society to help bring together all those involved in the birthing stage of maternity care. Now it’s hoping that midwives and student midwives will add their voice and make it truly representative of everyone involved in intrapartum care.

Although the British Intrapartum Care Society (BICS) only officially came into existence in early 2018, this specialist society that focuses particularly on the birth stage of the maternity journey has its roots a little deeper.

‘We started off life some years ago as a group of obstetricians who used to meet to talk about the birth bit of the maternity pathway,’ consultant obstetrician, gynaecologist and BICS president Louise Page says (pictured opposite).

‘This stage of maternity care is chronologically the shortest part but it is critical for many of the safety aspects of pregnancy. Also, the experience of birth is so important for how that family is set up for the months and years to come. From an obstetrics point of view, there are many people who get recognition  for specialising in highly skilled areas – such as infertility or gynae cancer – but because all obstetricians do the birth bit, it tends to be forgotten about. Those of us who have intrapartum care as our particular area of interest and expertise felt that it needed to have a larger profile.

‘The more that our original group became established, it was clear that the elephant in the room was that we were just obstetricians. What we really needed was to have a society that was more reflective of all the people who are involved in birth.’

BICS, therefore, has been established to enhance collaboration between midwives, obstetricians, anaesthetists and neonatologists, with the focus on women and families being equal partners in the process. The society is already making its mark: it had a very successful first conference in June with almost 200 attendees; and it has also built good relationships with the RCM, RCOG, the Obstetric Anaesthetists’ Association, the British Association of Perinatal Medicine, National Maternity Voices and the Women’s Network at the RCOG.

For Louise, though, having even more involvement from midwives is crucial to achieve BICS’s aims.

‘The bulk of our membership currently, because of where we have developed from, is obstetricians but we also have a core group of midwife members and Vicki Cochrane (see Q&A) is the midwifery representative on our organising committee,’ Louise says.

‘From my personal perspective, I’ve always felt that the relationships I’ve had with midwifery colleagues have been some of the best of my working life, but I know that’s not necessarily the same everywhere. There is a tendency for professionals to work within their own professional group and not spread themselves a bit wider. So although I have not personally experienced that in my clinical life, there is definitely a recognition that it can be a problem in some maternity units.

‘There’s no doubt that we’re all professionals with similar but different skills, and different but complementary areas of expertise. If we keep the woman and the family as the focus, then each person who comes to the table will bring something different. Professional groupings really don’t matter when you simply want somebody who has the right abilities. At BICS, our overriding belief is that we can do so much more collaboratively than we can individually.’ 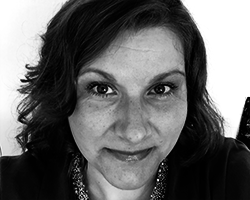 BICS midwifery representative Vicki Cochrane is a consultant midwife for normality at the Chelsea and Westminster and West Middlesex Hospitals.

Q: How did you become involved with BICS?

A: I decided to become a member because my professional focus day to day is on intrapartum care. I have a big voice for midwives, so when BICS put a call-out for nominations for a midwifery voice on the committee, it was a role that I wanted to be involved in. At the time, the committee was solely made up of obstetricians and I feel strongly about the need to work together.

Q: Traditionally, what have been the barriers separating midwives and obstetricians?

A: I think our aims are the same; we just sometimes come at it from a different perspective. If you think of what maternity was like 50 years ago, it was a case of ‘we say do this’, and the women being looked after did as we said. But that’s not the place we’re at now. National policy is asking us, and women are clearly saying that they want us to provide continuity and respectful care, and to listen to them. Many of those things have been the focus of the RCM and midwifery, but they haven’t always been the focus of obstetricians: their focus has often been on the more scientific or academic pieces of research. So BICS is about the different professions involved in intrapartum care working together to promote evidence-based care ensuring women are at the centre.

Q: What benefits can midwives enjoy as BICS members?

A: They will have access to our mailing list, which will give them the opportunity to be part of exciting conversations. They can put questions or ask about changes in practice that they want to implement and find out if anybody else has already done this. We shouldn’t be reinventing the wheel; if we have a colleague who has done something well, we should showcase best practice.

I hope the conversations that midwives have on the mailing list will open obstetric eyes and likewise, will give midwives more of an understanding of some of the challenges that obstetricians face. BICS’s aim is to take collaboration much further. It is about inclusivity, and will help midwives think about things that may have been seen as part of an obstetrician’s remit in the past. In return, we want obstetricians to look at the areas they may have previously seen as the ‘softer’ part of care.

In addition to helping instigate that cultural change, BICS members will also have the opportunity to network around the country. And they will be able to either showcase areas of best practice from their own organisations, or to ask for support in developing something.

Q: How can midwives get involved?

A: They need to go onto the website, complete the joining form and pay their membership fee. BICS is only at the start of its journey, but our plan is to develop the website and have a members-only area with links to the latest research and evidence. We’re looking at having access to presentations from our conferences, and toolkits, for example.

The work that goes into building a new society is not to be underestimated. We know it is going to take a few years for BICS to become fully established, but we would welcome more midwives to join and help us get there.