By Julie Griffiths on 25 May 2018 Midwives Magazine Midwifery Education

In this series showcasing UK midwifery professors Susan Crowther describes her unusual route to professorship, and Julie Jomeen explains how undertaking a small study took her career on a new path.

If one were to look up the definition of a diverse career, Susan Crowther’s picture would surely appear. Now professor of midwifery at Robert Gordon University in Aberdeen, her path to that post has been anything but predictable. It has included working as a midwife alongside traditional birth attendants, who had never before seen scissors, in a remote region of sub-Saharan Africa, helping transient tribal women. And, in entirely different settings, she has been a lecturer and one of the UK’s first consultant midwives.

Her career has had an exceptionally international flavour with Susan having practised midwifery in France, ex-soviet countries, several Saharan countries and New Zealand (NZ). Practising overseas was always important to her, she says.

‘I felt incredibly privileged to get the education and training I had and also ashamed that many women and families have no access to good midwifery or education. And, as well as that, I was fascinated by people who are different to me,’ she says.

After training as a nurse, Susan joined the second cohort studying full time for a degree in midwifery at King’s College London in the 1990s. Inspired by the concept of continuity, she found it difficult working in the NHS, which had not got to a point of supporting continuity of carer as an established choice for all women. So she moved into independent practice in London and the South East and studied for her masters at Surrey University, which she gained in 2000.

After working as a consultant midwife in Cambridge, she went to NZ in 2006 to live on a farm with her Kiwi husband and returned to frontline practice as a caseloading midwife.

‘It was a very formative part of my career and I felt this is what it means to provide relational continuity within a social-political healthcare system. The wrap-around support in NZ for continuity of carer was liberating and inspiring. It was such a different experience to independent midwifery in the UK,’ she says.

A part-time role in education gave her the opportunity to teach midwifery students, around 50% of who would go into the caseloading model, at the same time as completing a PhD, then completing funded postdoctoral work. When she received a phone call to invite her to apply for professorship at Robert Gordon University, she was drawn by the challenge and a belief that her diverse career meant she had a contribution to make.

Susan describes her research career as ‘something I fell into’ driven by a desire to challenge the status quo, but she advises young midwives to pursue research as soon as they can if they are interested in a career in research, education or even management.

Being a professor brings challenges as well as positives. ‘Funding is a constant challenge and there is a need to bring research income into the university and there are more academic midwives going for the same pot of money,’ she says.

But, on the other hand, professorship opens doors.

‘I get to be part of strategic and policy meetings across the university, nationally and internationally, these opportunities would not have been open to me in the same way before this position,’ says Susan. 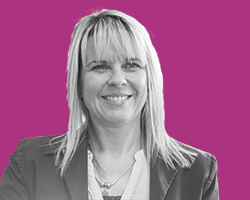 Julie Jomeen was bitten by the research bug when, as a practice development midwife, she carried out a small study that had a national impact. It involved 60 women and explored the impact of being managed at home or in hospital after a pre-labour rupture of membranes.

‘It was one of the few studies that had looked at it and it was cited in NICE guidelines. That small piece of work had made a big difference and it influenced national practice, not just our local practice. It gave me such a buzz and I started to think of research as a path for me,’ says Julie.

Up until that point, Julie had done her certificate in nursing, followed by a diploma in midwifery. Her first foray into research prompted her to do a full-time MA and ultimately took her midwifery career in a different direction, leading to her current position at the University of Hull where she is dean of the faculty of health sciences and professor of midwifery. She returned to clinical practice briefly, after completing her MA in 2002, before undertaking a full-time PhD. To fund it, she applied for a scholarship from the Economic and Social Research Council (ESRC), as she had done for her MA.

‘I’d really encourage people to look for opportunities for PhD funding. I would never have dreamed I would be successful in a competitive process like ESRC, but I was,’ says Julie.

Her other piece of advice to midwives interested in pursuing a research career is to publish during the course of completing a PhD. Julie did this and highly recommends it.

‘I came out of my PhD with a really strong set of publications already on my CV. It is extra work and can feel challenging but you’re immersed in it, which makes it a bit easier – even publishing your literature review is worth it. It helps your profile,’ she says.

After her PhD, Julie took an academic job as a lecturer at the University of Hull. In time, she was promoted to senior lecturer and associate dean for research. She became a professor of midwifery in 2011, then dean of the faculty of health and social care before becoming dean of the faculty of health sciences in 2015, which is a bigger faculty. In spite of her leadership role, Julie still does her own research because she says it is critical to her identity as a midwife.

She says that she would recommend pursuing professorship to other midwives and believes that it should be considered as a possible career path. The title gives authority and gravitas, she says, enabling midwives to influence and have strategic input. To become professor, Julie lists drive, passion and ambition as important qualities. But so too is retaining the core values of the profession.

‘My values are the same now as when I was a newly qualified midwife,’ says Julie. ‘You make a difference every day as a midwife. When you’re a research midwife, you are making a difference on a wider scale.’