At the Belfast Trust, RCM members reflected this year’s IDM theme ‘100 Years of Progress’ with a special exhibition of the history of midwifery in Belfast. Artefacts, photos and uniforms were on display and proved such a success that it was extended for another day. Belfast branch also provided a ‘grab and go’ lunch, streamed virtual IDM parties and did a ‘give away’ 100 gifts. Prizes ranged from lip balm to an all paid trip to the RCM conference in Wales in October!  A video by Belfast branch of the ‘100 years’ exhibition on this link https://twitter.com/BelfastRcm/status/1522108571072270336?s=20&t=zxv0Mc6O5wc7WmT-25o2mA 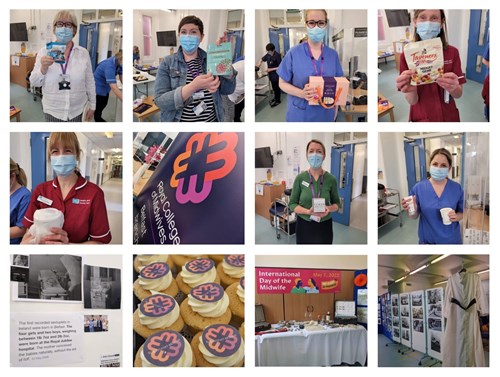 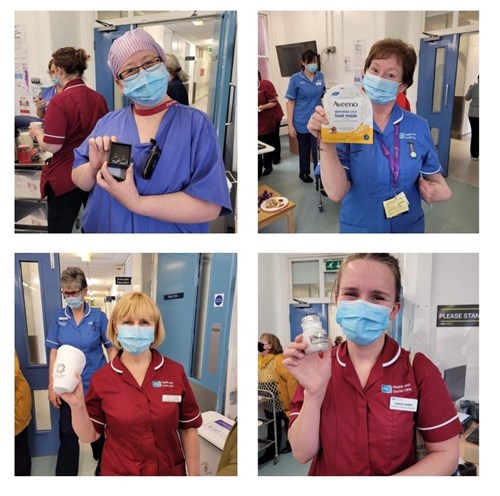 Midwives in the Isle of Man branch celebrated IDM with treats and hand massages. There were also historical documents, photos and books on display to reflect the theme ‘100 years of progress’. 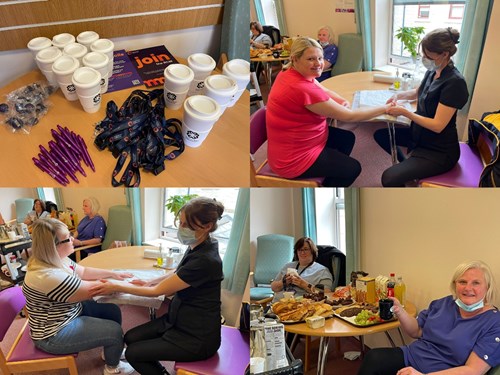 A tea trolley for IDM with new pop up stand and copies of our Blueprint. 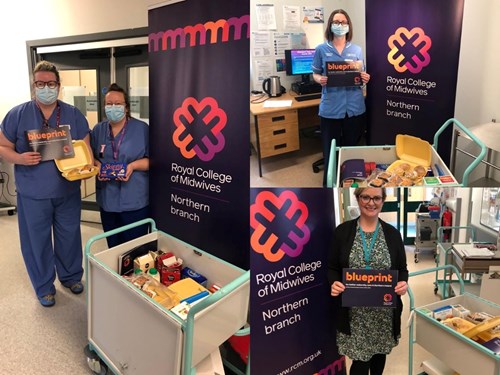 The branch announced the inaugural winner of the Hazel McCalister Exceptional Midwife Award which her family presented. The fabulous #IDM 2022 celebrations included a beautiful tea party and an RCM IDM cake. 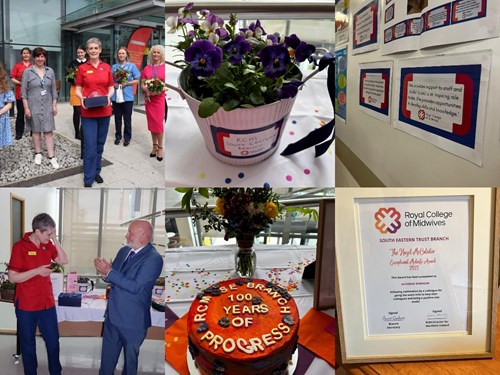 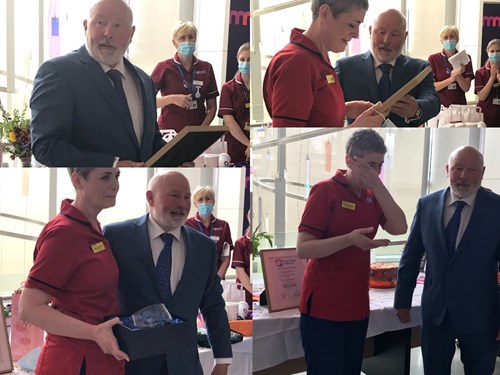 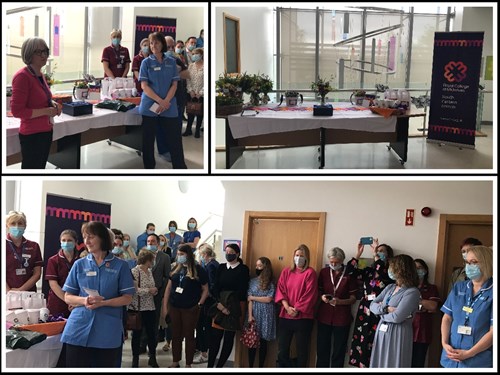 To mark #IDM2022 this year, still under restrictions, Southern Trust branch went across both sites to distribute some well deserved care packages to their amazing midwives in Craigavon Area hospital and Daisy Hill hospital in Newry. To top it all, Southern Trust won three awards at the Queen’s Midwifery Society Awards, held on the International Day of the Midwife in the prestigious surroundings of the Great hall. Well done to Louise for Community Midwife of the Year 2022, Erin for Student of the Year and Shivaun for Making a Difference in Maternity Care. 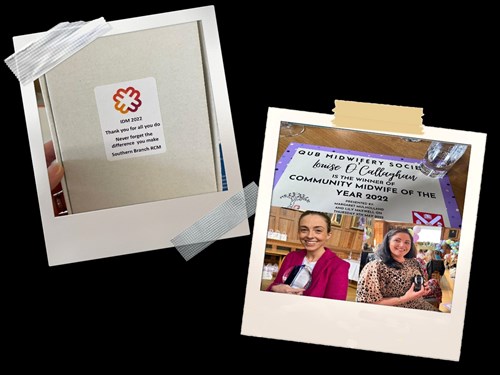 The fabulous #IDM 2022 celebrations in Omagh on 11 May. included a beautiful lunch, an RCM cake, time-out, a walk and bingo! The branch also marked Eilish Askin’s retirement after 42 years. 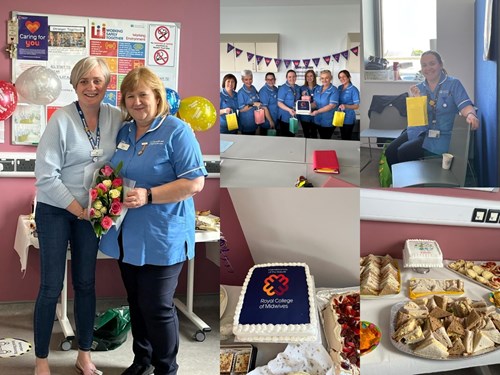 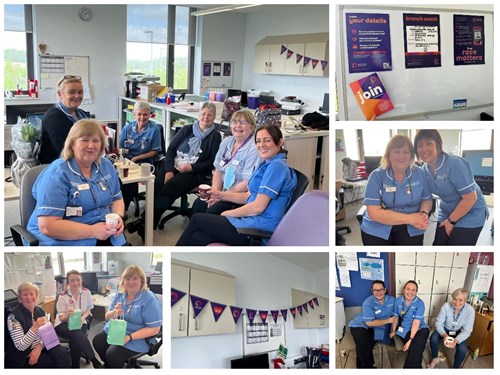 Delayed but not muted #IDM2022 celebrations at South West Acute Hospital organised by RCM Western Trust branch. Happily, the tea party coincided with a special birthday of one of our workplace reps. A well deserved hydration break was followed by a walk around the hospital grounds to make the most of the rural setting.